The body of the dolphin is quite slender but fairly deep, with a noticeable tapering from head to tail. The male of the species is distinguished from the female by its high, vertical head.

The caudal fin is deeply forked and contains no spines. — A blaze of blue and yellow or deep green and yellow when in the water, and sometimes shows dark vertical stripes as well when excited. Small dark spots on sides. Dorsal fin extends nearly from head to tail. Head is very blunt in males (bulls); rounded in females (cows). 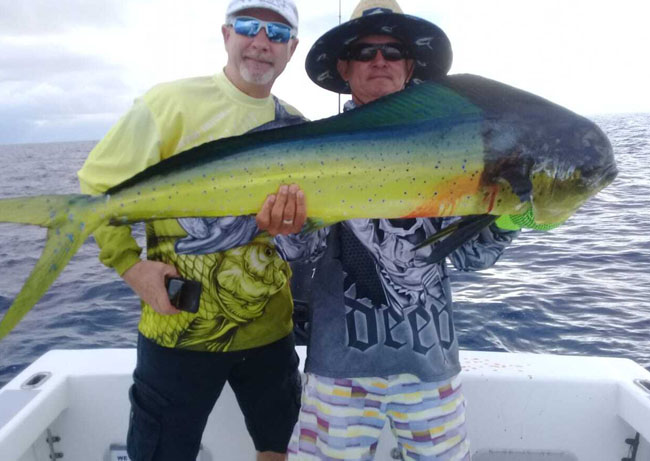 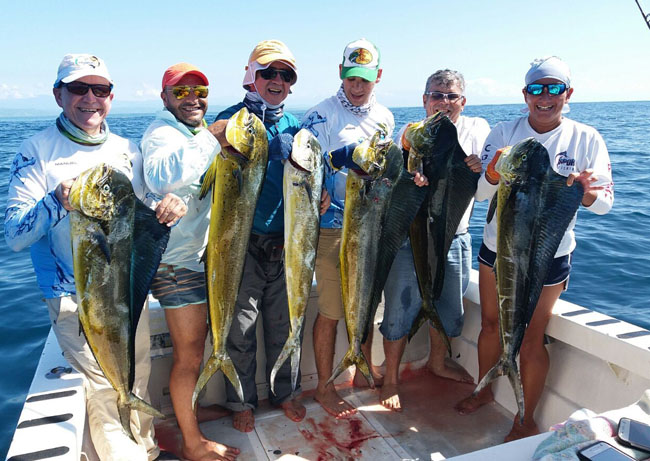 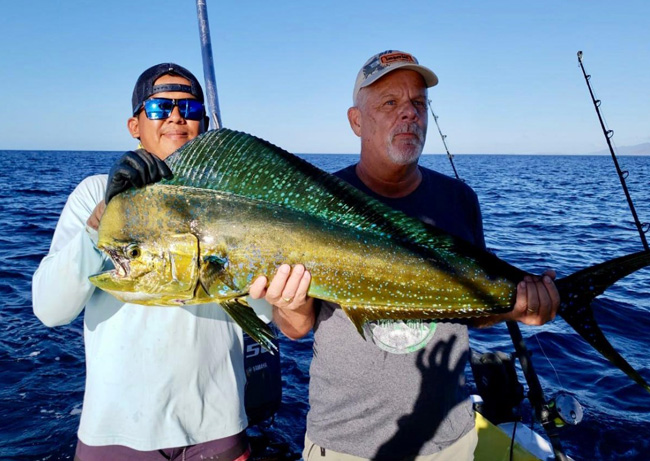 While the greatest concentrations of dolphins are believed to be in the Indian Ocean and the western Pacific, they are found worldwide in tropical and subtropical waters and warm water currents. All offshore waters of Florida, the Bahamas, and the Caribbean.

Dolphin is known as voracious predators. While their favorite prey is the flying fish, they also consume squid, shrimp, crustaceans and even smaller dolphins. Using a keen sense of eyesight the dolphin locates most food near clumps of floating vegetation and objects.

The dolphin is considered one of the top offshore game fish and is highly targeted by anglers around the world. It is famous for its leaps and flips over the surface when hooked. Because of their speed and agility, dolphin provides for an exciting catch as they run long and jump often.
Habitat:

Dolphin is a warm-water fish usually found in deep waters, close to the surface. While sometimes found in coastal waters, they often concentrate in the open ocean around floating objects such as buoys, driftwood, and seaweed clusters. They are considered to be the most surface-oriented of all big-game fish.