Other Names: Peto, Ono
Physical Description:
Long, slender body marked with zebra-like stripes of white and deep blue or black. The mouth is elongated and narrow, and equipped with razor-sharp teeth. 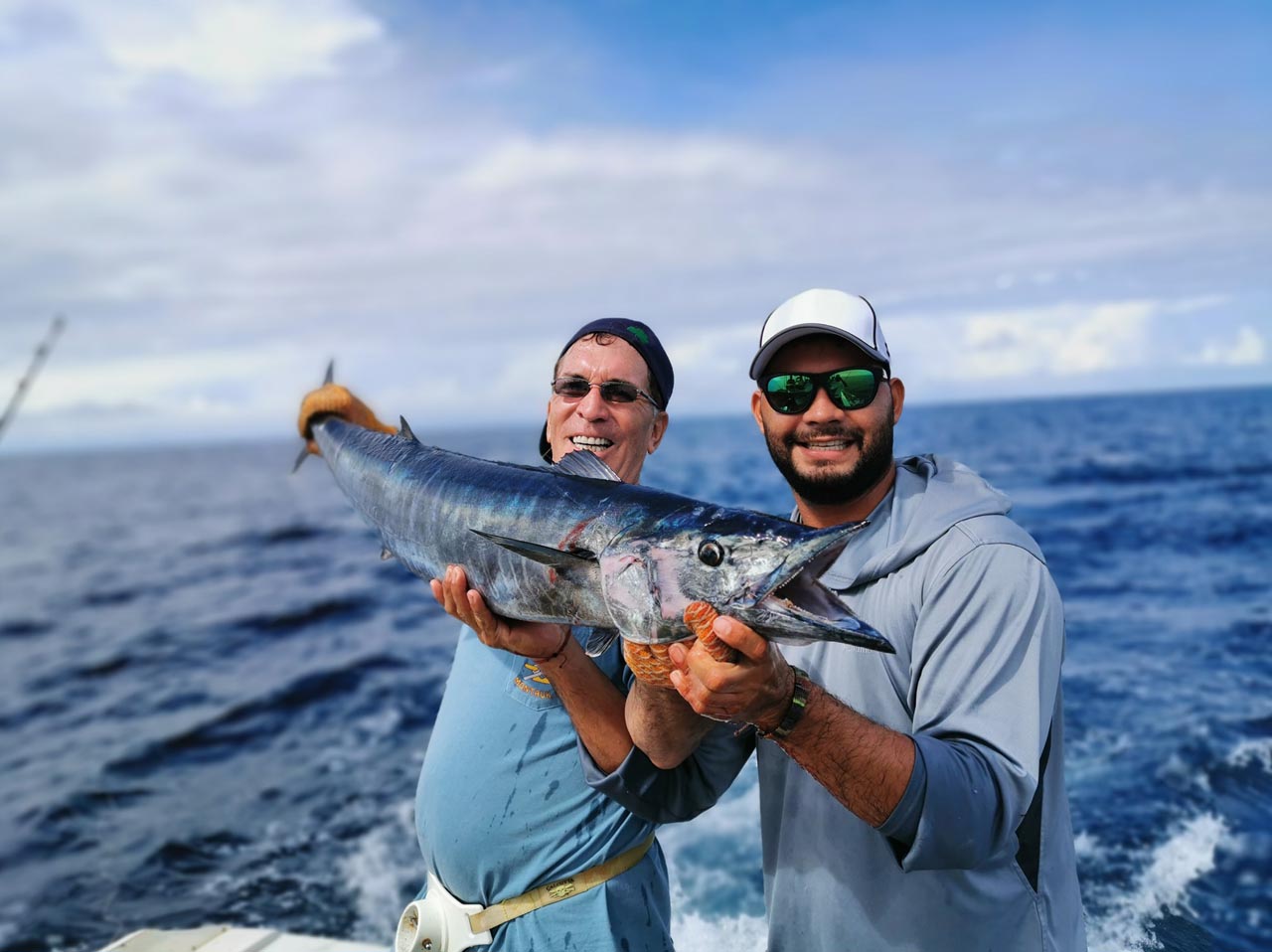 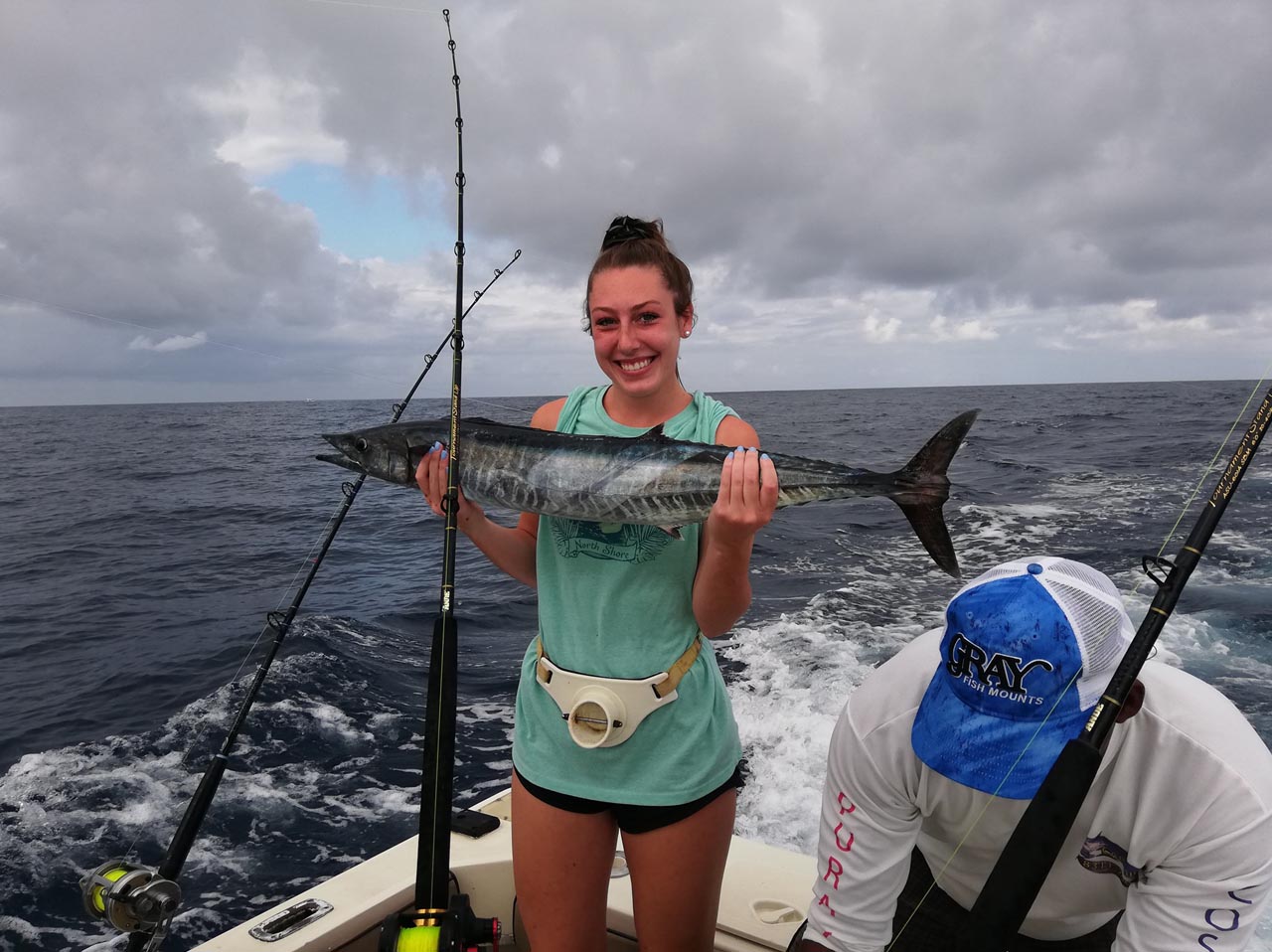 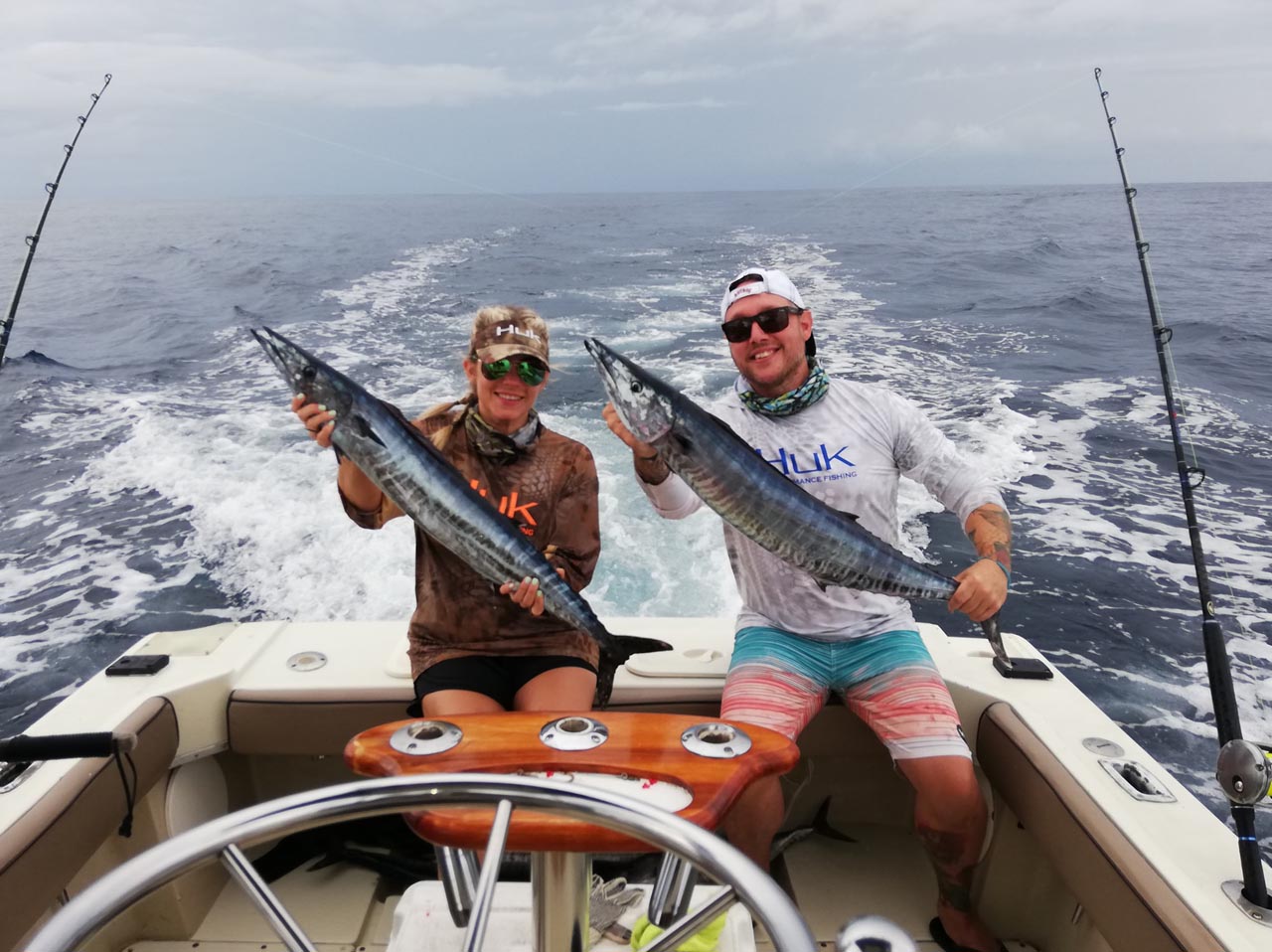 Range:
Wahoo is present in the Atlantic, Pacific and Indian Oceans in clear, tropical and subtropical waters. Heavy seasonal concentrations occur off the Pacific coasts of Panama, Costa Rica, and Baja California in the summer. Offshore of all Florida coasts, especially the Keys, but for more plentiful in the Bahamas and many Caribbean Islands.

Feeding Habits:
While the wahoo is perfectly capable of biting chunks out of large fish, it primarily feeds on whole small fishes, such as sardines, scads, mackerel, and squid. They are frequently solitary feeders, but they may sometimes be found in small, loose groups. Wahoo is sub-surface hunters that hang several feet below the surface and shoot up to attack prey with tremendous speed. Although they feed at all times, they tend to be more active in the morning and evening hours.

Sporting Qualities:
May strike a surface bait in spectacular, greyhounding fashion, but seldom jumps after being hooked. The wild fight is characterized by several sizzling runs, usually at or near the surface. One of the fastest of all gamefish.

Habitat:
Roams the deep blue water, but anglers can find them by working dropoffs, seamounts, weed lines and other favorable feeding locations.